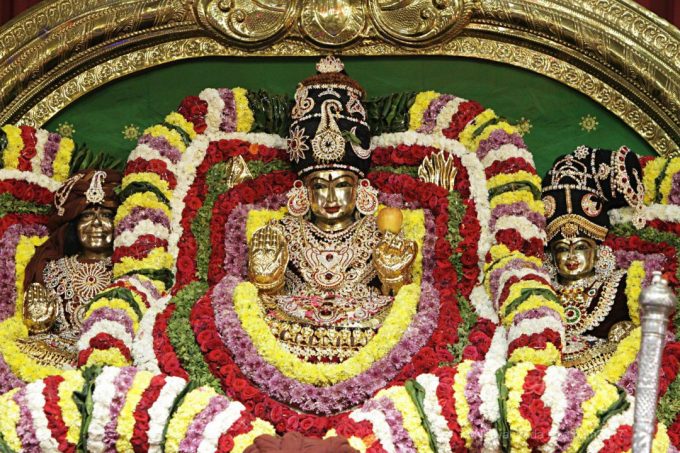 Listen. Early morning you remember you and you are struggling to get out of the dream state and wake up, that is struggle not war. So the good news is, everything you go through is a struggle not war— because the enemy, the other side, is not alive. He is….he only has a negative existence, like the absence of light becomes darkness, darkness itself does not have independent existence. Same way, absence of your remembrance is the Artificial Ignorance. I don’t want call Artificial Intelligence, maybe I want to call Artificial Ignorance. The Artificial Ignorance is existing because of your forgetfulness. It does not have independent, intelligence or existence or life on its own. That is why I say….the good news I have for you, it is not war, it is a struggle and the great news I have for you – you can make it. You can make it. At some point prophecies may look like failing, but Prophets never fail. Understand. At some point prophecies may look like failing, but Prophets never fail. The point where you feel prophecies are failing, that is the moment you need to stand with the Prophet. Prophet checks your commitment, by letting some of His prophecies fail. Prophets check your interest, your decision to wake up. They test your Will Persistence, by making some of the prophecies fail, or at least look like failing.

Listen. In the Maya Matrix, in the playfulness of Sadāshiva, the calculations of the LENGTH, mathematics logic intellect, artistic beauty of the BREADTH, poetry, emotion, art, music, dance, cognizing DEPTH of the Being, when they play overlap with each other. The play of the length logic mathematics intellect, BREADTH – beauty, emotion, sentiment, poetry, dance, drama, and the cognizing DEPTH.

Why Trinity is required? Vibhudananda Puri. Because certain characters and qualities need to be evoked, awakened in THE ONE, can be done only by female force, the feminine energy. Of course it can only be rough understanding because the movie uses only few concepts from the Vedic tradition, from the original Maya Matrix. Maybe if time permits I will do this service of getting a movie out called Maya Matrix. Presenting…presenting all the characters…with all the characters actually as they are in Maya Matrix. As they function, in the Cosmos. As an insider, I can describe and depict the characters more precise and clear. Let’s hope for it to come out. Artificial Intelligence….I want to call it as Artificial Ignorance is commonly accepted relevant realities, but irrelevant to Existence. A vast network, concept of ownership.

Planet earth is existential reality. Owning certain part of the land or the earth, by an individual or a group. When a individual declares possession, it is ownership. When a group declares possession, it is called country. Whether individual declare ownership or group declare ownership, ownership concept is Artificial Ignorance. It’s relevant reality but irrelevant to Existence. For Existence it has no relevance. Listen. Listen. Concept of currency. Concept of currency. Concept of ownership, all this are relevant reality. It has…it is real only in the field of comparative and relevancy to each other. In Existence, they are irreverent, they are irrelevant.

Understand. Now I am introducing THE ONE, with no struggle, entering into the Matrix consciously, playing the role of a Being within the Matrix, even consuming Enlightenment Pill, initiation, and waking up, just to know how to help others to wake up. Studying the science of sleep and waking experientially and once awakened, waking up millions — not only waking up millions from the state of being alive, Turiyatita, manifesting all the powers and helping, supporting, empowering every Being who has woken up to awaken others. Awakening the Beings and empowering them with powers, to awaken further the whole humanity – THE ONE happens. NITHYANANDA EXECUTIVE OFFICER – NEO or NITHYANANDA ENLIGHTENED OFFICES. Understand, now the whole struggle is all about, waking up to your reality. One of the important revelation I need to give is – in the Kailasa, the space ship, there is no fear, there is no struggle. The Artificial Intelligence machines cannot attack there.

As the movie shows, there is no fear there, there is no question of survival, it is all about operating from compassion. The whole Kailasa is filled by compassion, we are awakened, alive. Let everyone be awakened and alive. That’s the main difference. Spaceships do arrive from Kailasa. They do land on the planet earth. Listen. Till the last moment your being was driven by Artificial Ignorance, concepts of ownership, currency. Till the last moment have you been driven constantly by the Artificial Intelligence or not not, decides whether you have been in the Matrix or not. And listen, listen carefully. You need to understand. Till yesterday whether you have been in the Matrix or not, is measured by certain scale, but that same scale does not help you or support you, cannot be used to measure, whether you are going to continue to be in the Matrix or not.

Getting you to the spaceship, empowering you with awakened and alive state, means – awakening you from just this 3 state to the 25 state. You just know only deep sleep state, dream and waking. From this making you know, experientially all the 25 states and you only know creation, maintenance and destruction, awakening you to the creation, maintenance, destruction, delusion and liberation. You only know the length and breadth and depth. Awakening you to the length, breadth, depth, time, space and the whole 11 dimension, empowering you, sending you back to wake up more people is Sadāshivoham 2016. I am serious because that is My purpose. I am serious because that is the way it has to be. I will do it. I will do it. All the ups and down perceived by you feeling, “whether the prophecy is true or not, no it almost looks like prophecy is wrong.” Sometimes even THE ONE almost confirms to you, prophecy is wrong. Just to ensure your Will Persistence. Will Persistence need to be tested but never denied. Will Persistence need to be strengthened and after strengthened, need to be tested. Understand. a sapling of the Banyan Tree need to become a Banyan Tree. THE ONE protects the sapling at that time, but after it becomes tree, THE ONE, itself tries to shake and test the strength of the tree, whether it can be trusted or not. THE ONE who protects when it was sapling, only tries to shake and test, when it has grown into full-fledged tree.

THE ONE has a purpose to test your Will Persistence, but He is not interested in denying you.

Understand. Till the last moment you are into Sadāshivoham, you will be tested. THE ONE will be supporting when your Will Persistence is growing. The same THE ONE, will be testing your Will Persistence, when it is grown. THE ONE’s job is growing and testing – both. Don’t think THE ONE is cruel, when He is testing. He is as compassionate as He was protecting. Protection and testing – both are His responsibility.

Growing your Will Persistence is His enriching quality.

Protecting your Will Persistence is His authenticity.

Testing your Will Persistence is His responsibility.

Giving you without denying is His integrity.

Yes, all the forces with which you are struggling, the forces which wants to keep you inside the Matrix, without getting into the spaceship, without entering into the awakening possibility of awakening to 25 states of Consciousness, instead of 3. Awakening to 11 dimensions instead of 3, awakening to 5 aspects instead of 3. The forces with which you are struggling, which are trying to keep you in lower possibilities, they will test you, they will try to drag you. They are also sometimes empowered just to test your Will Persistence. The beauty is, the moment you touch the Saffron Pill by listening, you can never go back to the Matrix to sleep. No, No, No. You will be tested but not denied. Everything is worthy of giving up, because all that is within the Matrix. Everything is worthy of giving up to be in the space of Sadāshivoham, because all that is within the Matrix. It is all the small pebbles and the stone, you collected in the beach. All these are worthy of giving up, for the real diamond, spiritual alchemy products. 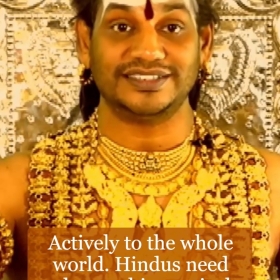 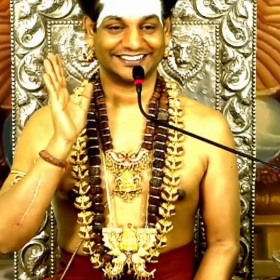 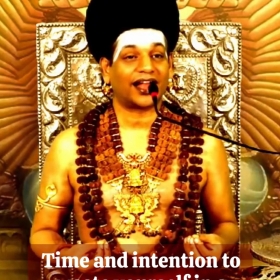 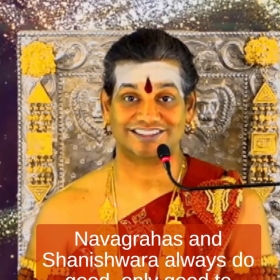 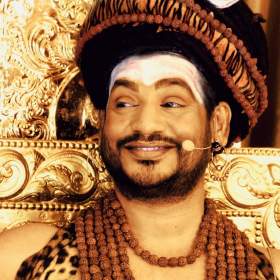 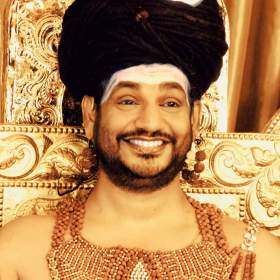 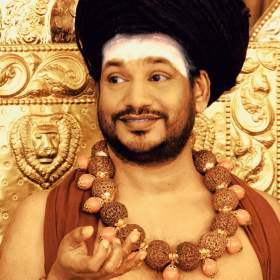 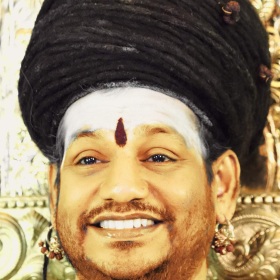